MFEL3010: Medicine for Students of Natural Sciences and Technology

Mitosis is a part of the cell cycle when replicated chromosomes are separated into two new nuclei.

The interphase is divided into three phases: , , and . In the duration of all these phases, the cell grows by producing proteins and cytoplasmic organelles. However, chromosomes are only replicated during the phase.

(building blocks of proteins) 21 amino acids, each is coded by a triplet of bases in DNA and RNA.

This process is unidirectional - genetic information can only flow one way. 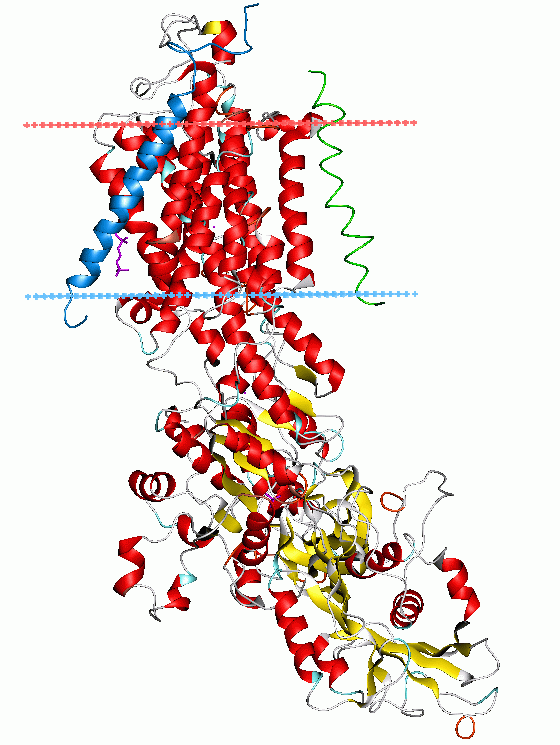 This process is responsible for maintaining the large excess of ions outside the cell and the large excess of ions on the inside. A cycle of the transport process pump three out of the cell and two into the cell by active transport. This unbalanced charge transfer contributes to the separation of charge across the membrane. There are fixed anions (negative proteins which cannot diffuse through membrane) inside the cell. Slow leakage of , due to partially permeable membrane for , leads to electrical gradient (negative inside, positive outside). No net flow of when the electrical gradient balances the concentration gradient. This electrical gradient equals the resting membrane potential.

Repolarisation: Inside of cell becomes more negative (from depolarisation to resting potential). Caused by diffusion of out of the cell due to a stimulus which open the gates. Then by / pump. 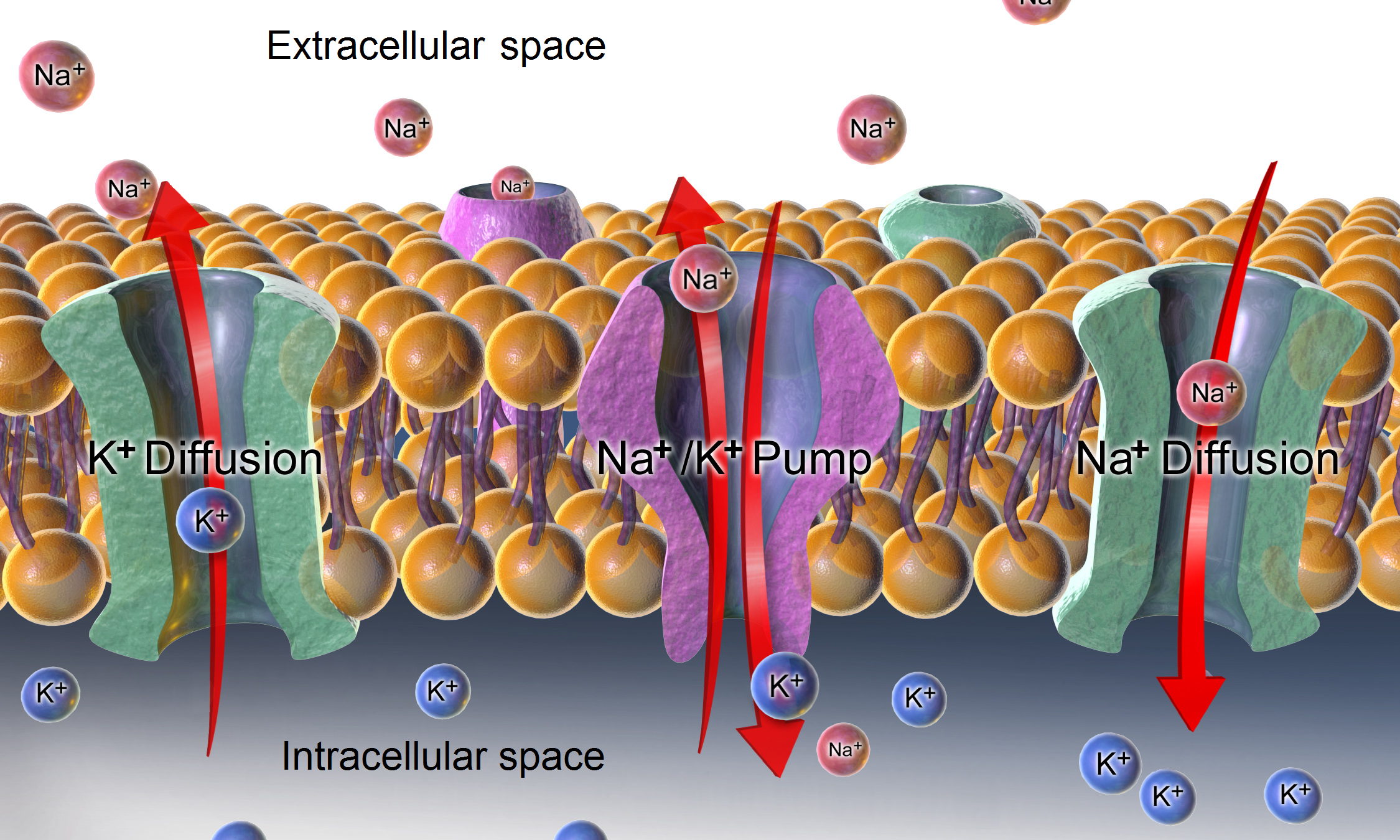 Action potential: A cell can depolarise itself by generation of action potential. Once the membrane potential reaches the treshold potential, the depolarisation becomes self perpetuating. The channels open and cause an inward flow of , which changes the electrochemical gradient, which in turn produces a further rise in the membrane potential. The process proceeds explosively until all of the available ion channels are open, resulting in a large upswing in the membrane potential. The rapid influx of sodium ions causes the polarity of the plasma membrane to reverse, and the ion channels then rapidly inactivate. can no longer enter, and then they are actively transported back out of the plasma membrane. channels are then activated, and there is an outward current of potassium ions, returning the electrochemical gradient to the resting state. After an action potential has occurred, there is a transient negative shift, called the refractory period, due to additional currents. This mechanism prevents an action potential from traveling back the way it just came. 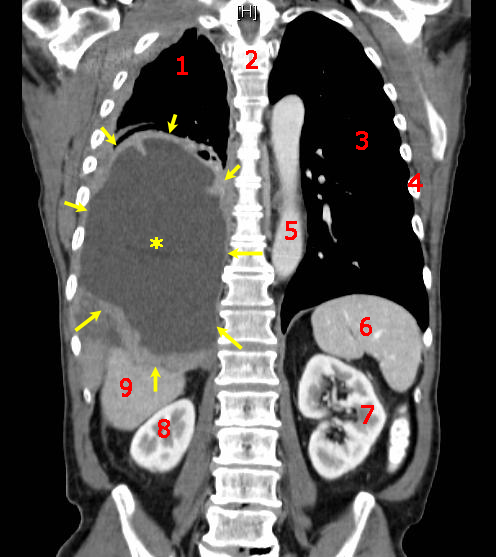 Cancer is a group of diseases where control over cellular proliferation has been lost. Depending on the type of cancer, the cells have varying tendency to invade the body. Spread through blood stream and liver from the intestines and through the lymphatic system.

Where do we find DNA?

How do we isolate DNA?

To be able to analyze DNA we have to extract the DNA from cells in a relatively purified form. Basic steps:

How do we analyse DNA?

Why do we analyse DNA? 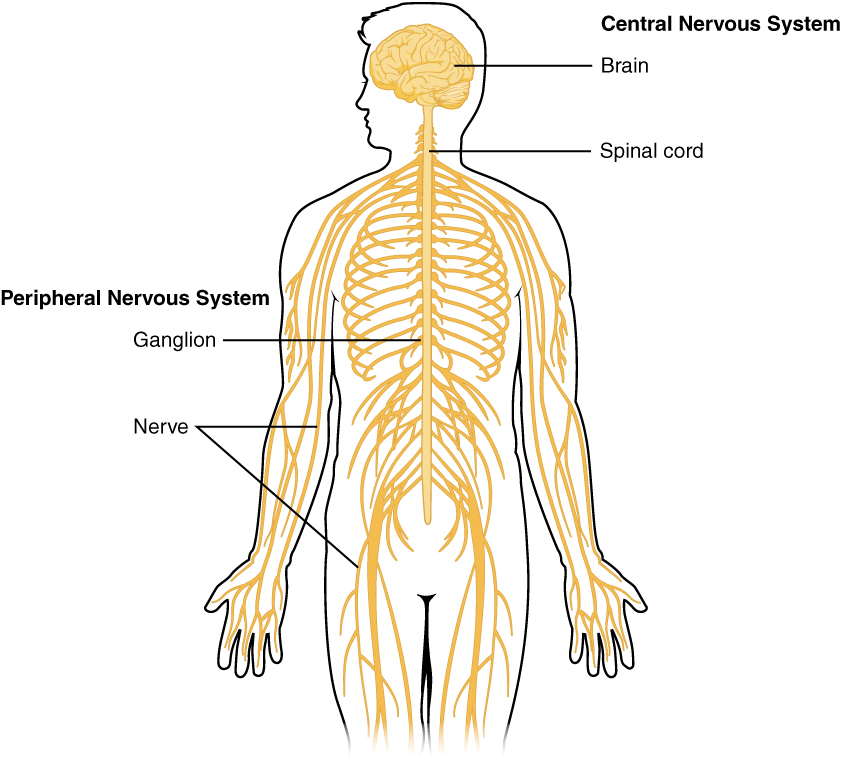 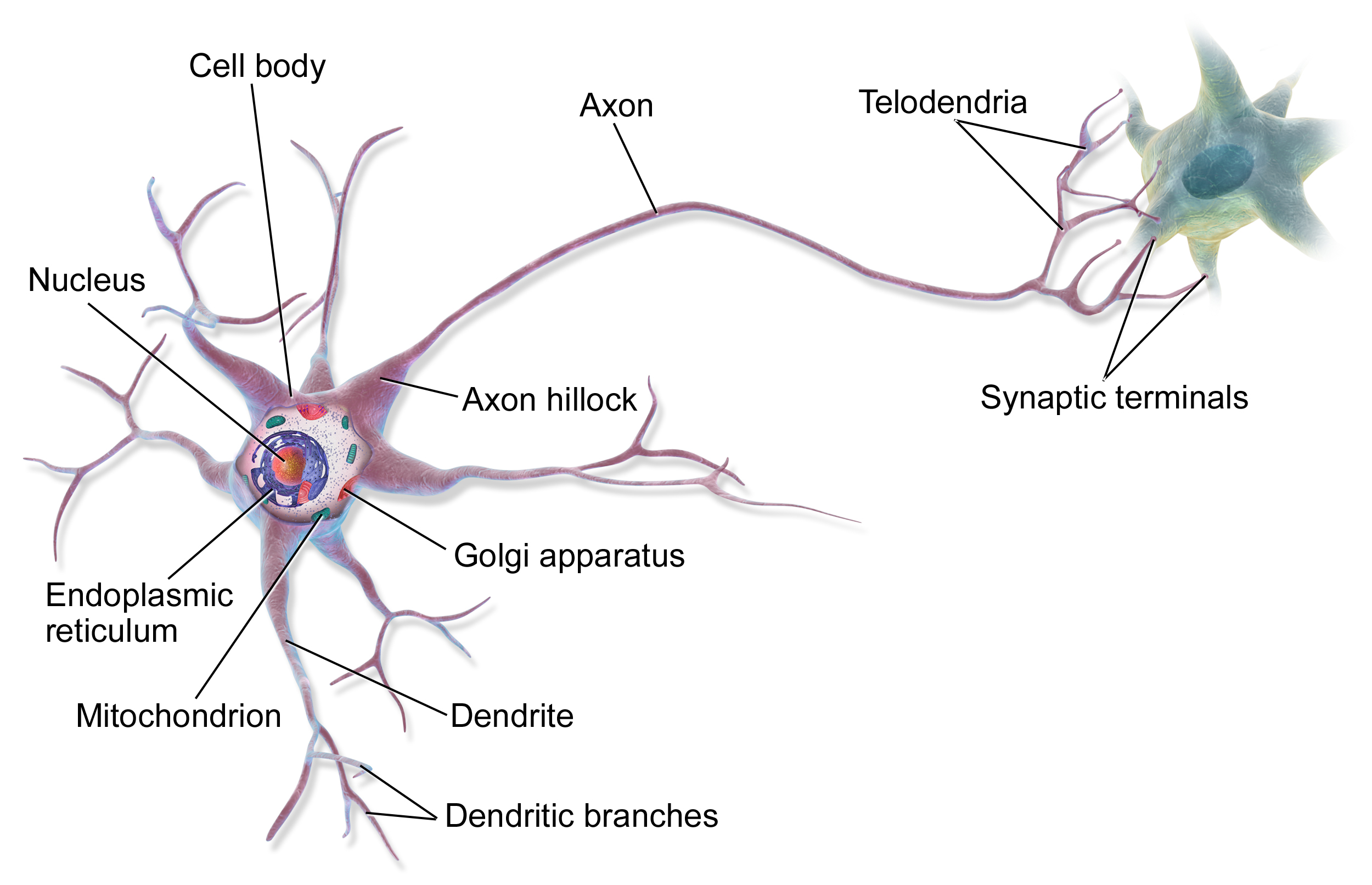 The Heart and Circulation

Conducts and contracts! The action potential triggers the intracellular release of ions, which binds to troponin. This causes a contraction of the muscle cell. The process that causes contraction of heart muscles is known as Cardiac excitation-contraction coupling (Cardiac EC-coupling). The action potential is generated by the sinus node and conducted to the atria, then slowly conducted through the atrioventricular (AV) node (via common AV bundle of His, right bundle branch and purkinje fibers) to the ventricles (gives time for atrial contraction before ventricular contraction).

Relaxation: elasticity of the cell returns it to original shape. ions are gradually removed from cytoplasm by active pumping into ER. The resting potential is not stable due to leakage into the cell. When cell reaches threshold the action potential is triggered and travel along myocardium through muscle cells. Transmitted from cell to cell by gap junctions which are so narrow that action potential depolarises neighbouring cell and channels across the gap allows ions to pass. There is an rythmic generation of action potentials (can be modulated by nerves, hormones) = heart rate.

Large vessels saves up elastic energy from the increasing pressure in systole; then uses this energy to squeeze / pump blood in diastole. Medium-sized vessels gives resistance to flow and regulate central blood pressure. Local resistance direct blodd flow to organs where it is most needed.

Ensure unidirectional blood flow. Atrioventricular valves between atrium and ventricle (mitral / bicuspid valve - left side; and tricuspid valve - right side) are open during filling and closed during ejection. Arterio-ventricular valves between ventricles and arteries (aortic valve - left side; and pulmonary valve - right side) are open during ejection and closed during filling.

The hypertension risk zone starts from 140 / 90 of systolic / diastolic HR.

Atherosclerosis [no: åreforkalkning]: risk factor for development of stroke in the brain, angina pectoris (chest pain, insufficient blood flow to the heart muscle during activity) and infarction in the heart, and renal failure in the kidneys.

Original map by John Snow(!) showing the clusters of cholera cases in the London epidemic of 1854 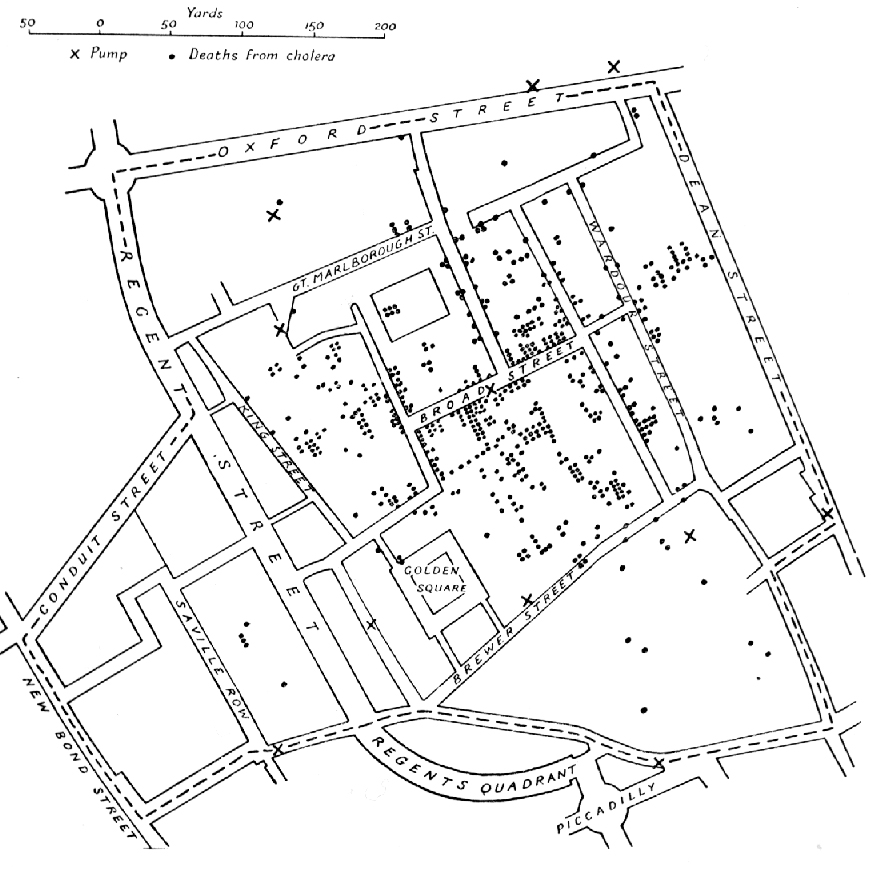 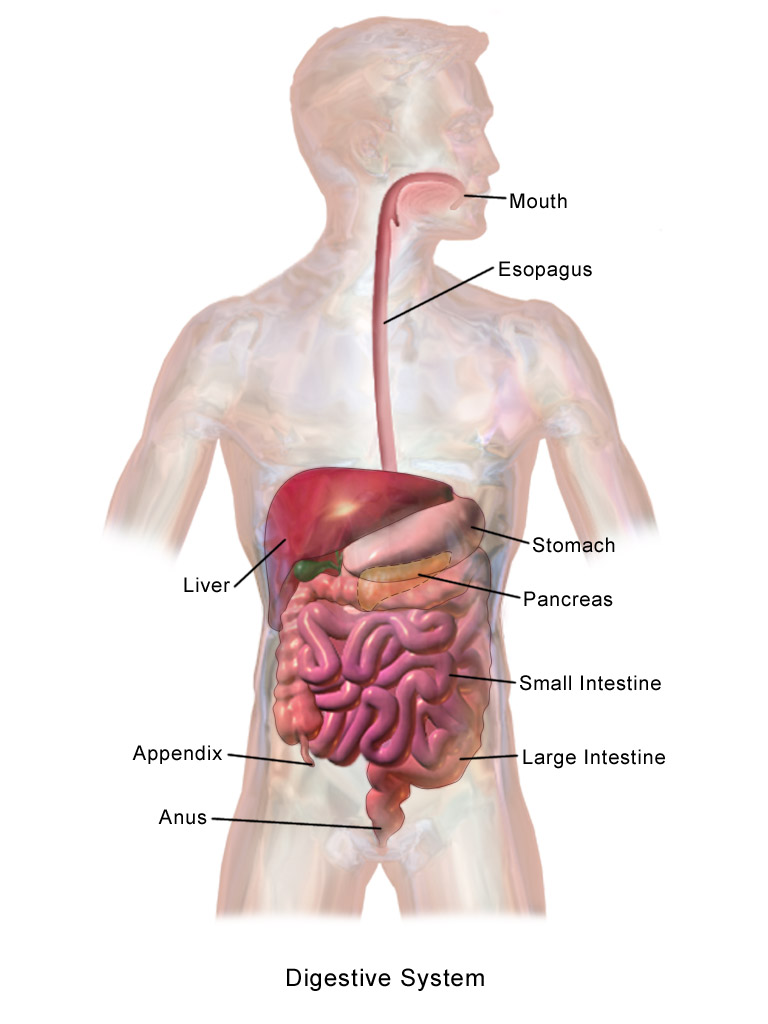 Degrade the molecules into small building blicks that can be absorbed. Tube from mouth to anus + liver + pancreas. The tube consist of (from inside to outside): mucosa, nerve plexa (regulate secretion and absorption), inner muscle layer, outer muscle layer, mesentery (attach to body nerves and blood vessels).

Blood lows in through arteries and out through the liver for cleaning and then to the systemic system.

Radiology: gives patient contrast and pills that give out gas to extend the stomach. If cancer: stiff and unmoveable.

Endoscopy: Tool consist of light, camera, working channel. From mouth to duodenum, or from anus and up 10-15 cm.

Tools introduced through the working channel could be:

Example of diseases (and therapies)

Electrocardiography is the process of recording the electrical activity of the heart over a period of time using electrodes placed on a patient's body. These electrodes detect the tiny electrical changes on the skin that arise from the heart muscle depolarizing during each heartbeat. 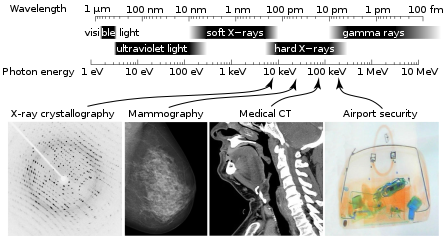